Niece of Derceto's last owner, Jeremy Hartwood, Emily is shocked by her uncle's suicide and travels to Derceto to learn the cause of it. She is an alternative protagonist to Carnby in the first game. She then goes on to become an actress and appears in the third game.

Emily Hartwood is a tall woman who appears to be in her late twenties to early thirties. She is a relatively classy lady and dresses the part in accordance with the 1920s period in which Alone in the Dark is set. She wears her blonde hair fairly short, either in a bun (as in her opening portrait) or a pixie bob (as during gameplay). Her primary outfit is a smart grey-green suit consisting of a long-sleeved jacket over a white blouse and knee-length pencil skirt, with low-to-mid high-heeled pumps. Emily's hourglass silhouette and accent suggest that she is a conservative Southern Belle of sorts; wearing a 1920s rayon corset rather than adopting the boyish look generally associated with the decade. Her costume could even be considered slightly avant garde, as its like was worn more commonly in the '30s or '40s.

There are few differences in gameplay between her and her deuterotagonist. While she runs about 1/12 faster, Edward Carnby has a longer reach and different kicking style which allows him to use chairs and stools as shields while kicking such enemies as ghouls. Emily is unable to do this because her pencil skirt keeps her legs together.

Her portrait in the opening of the game shows three articles of clothing which she is not shown wearing during gameplay. Her overcoat was probably taken off due to the Spring warmth of the American South, while her golden earrings and necklace may have been hidden by her hairstyle and blouse, respectively.

Alone in the Dark​[]

Main article: Edward Carnby#Events of Alone in the Dark

Emily Hartwood first appeared in the original Alone in the Dark game, as one of the two selectable characters, the other being Edward Carnby. In the game, the player has to guide Emily through Derceto, which was owned by her uncle, Jeremy Hartwood, who committed suicide.

The events of the game are identical to playing as Carnby: battling against ghouls, ghosts and puzzles, Emily eventually encounters the reincarnation of Ezechiel Pregzt, and defeats it.

In Alone in the Dark 3, Emily visits the ghost town Slaughter Gulch with Hill Century to produce a movie called The Last Ranger. She was part of the crew that was shooting it, until all the actors and producers were killed by the local undead, leaving her all alone with Morrison, the gunsmith.

She is used by Jed Stone as a means of reaching Carnby, being kept as a hostage. Jed later uses her as a bargaining chip to obtain Hill Century's money, but it is revealed that he just wanted to kill Carnby, and so he does. Emily is then used for a ritual to move the San Andreas fault and begin the apocalypse.

Emily is later rescued by Carnby, after one being resurrected, and escapes with him on an old train out of Slaughter Gulch.

Alone in the Dark: Illumination[]

Emily Hartwood is the great-grandmother of the Witch. After her various other-worldly encounters with Edward Carnby, Emily began to dabble in the supernatural world. But unlike other occult practitioners she met, she learned only what she needed to protect herself.

Her great-granddaughter, the Witch, followed in her footsteps and also studied the supernatural arts. The Witch swore to use her abilities to help others, and help protect the world from evil forces, such as those that terrorized her family.

Emily, for what all indicates, does not physically appear in the game.

Alone in the Dark Gameplay

Emily in a trance 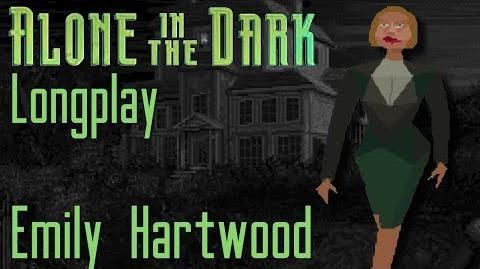 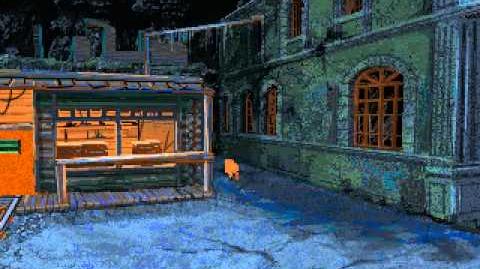 PC Longplay 283 Alone in the Dark 3
Community content is available under CC-BY-SA unless otherwise noted.
Advertisement